Congratulations to Will, Emma and Meg, LCM Distinction exam successes

Congratulations to JTPTrust Associates William Pearson, Emma Whitworth and Meghann Newcombe on their recent London College of Muisc exam successess. All three singers began their training with the JTPTRust and are still closely associated with our charity.

William Pearson DipLCM, gained a Distinction for his Classical Singing Diploma, the end of a splendid gap year in which hhe has  also gained a place to study singing at the prestigious Roual Welsh College of Music and Drama. William, who really enjoys German Lieder singing, also had the honour of taking part in a Masterclass with internationally recognised vocal coach Mary King earlier this month. 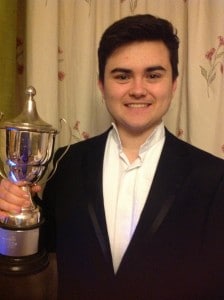 Emma Whitworth DipLCM also gained a very high Distinction for her well crafted Musical Theatre Diploma. Emma is a talented actress who has recently completed her BTec studies at New College with distinction. Emma is off to York University in September to study Drama. Here she is starring as the crazy bride in the Madame Reynard’s a Fringe production of ‘The Bridal Ballad’: 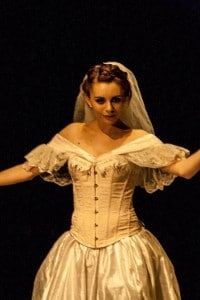 Meghann Newcombe, age 17, gained an exceptionally high Distinction for her Grade 8 Musical Theatre, a mark which wIll gain her good UCAS points for university. Meg, who grew up in the Trust Friday Classes and is a former member of Concert Choir, studies A Levels at Lydiard Park Academy, where she is assistant vocal coach to the JTPTrust Friday Scholarship Classes. 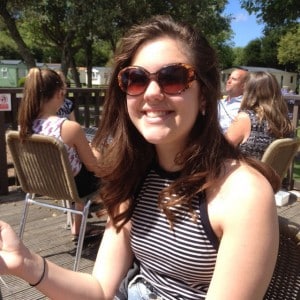 Well done to all three talented Associates, and good luck to them in their careers.