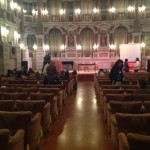 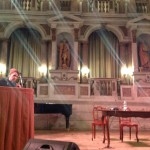 The Teatro Bibiena in  Mantova is a beautiful and imposing concert venue in Italy and Mozart himself played there in his lifetime. On Saturday 12 April a corner of Swindon reached this prestigious venue  in the form of the DVD of adolescent boys with changing voices.  The  DVD formed a core part of  Janice Thompson’s PowerPoint presentation on  ‘Working  with the Developing Voice’ at the  AICI 2nd International Singing Teachers Conference.

The video itself features boys from the JTPTrust and was originally made  for the AOTOS 2007 conference, with additions in 2008 and subsequent years.   The boys  in the original DVD  are now young adults. They include  Jack Townsend, Jordan Ginger, and William Pearson,  (pictured below). 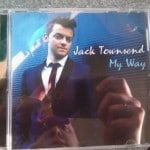 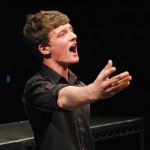 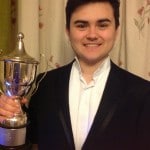 On the same occasion, Janice also led a short workshop with combined children’s choirs, ‘Giocanto’  and ‘I Piccoli Cantoli’ .

‘It was an honour to be asked to take part in such a prestigious event’ she said. The choirs were inspirational,  and introduced me to new repertoire,  including a beautiful canon ‘Rosa Bocule’, which I hope we can perform at our 10th Anniversary Wyvern Gala Concert on 6 July.

‘I continue to be grateful to the Association of Teachers of Singing for offering me the original opportunity to demonstrate this important vocal transition and to the Boys for taking part and continuing to allow me to present this precious video’ said the JTPTrust Director.

I extend my thanks and very good wishes to AICI for inviting me to be part of such a well organised and successful conference. 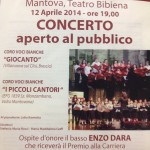 
Janice!! And it was wonderful having you! Your presentation was so well received, and everyone remarked at the high level of work you do in children’s voice pedagogy. Looking forward to having you back again with us at AICI! Elizabeth