OUR GUESTS AT THE WYVERN 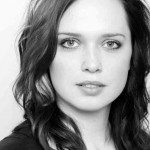 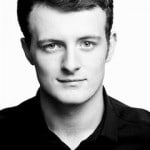 Singers of all ages take to the Stage to celebrate the 10th Anniversary of the JTPTrust. Stars of the show include West End Singer Sarah Covey and Arts Ed Graduate Jordan Ginger.

“I am delighted that the Trust has helped so many young and adult singers both locally and professionally, and we are really looking forward to having them on stage with us in July” said JTPTrust Director, Janice Thompson

‘f you have been following us on Twtter and the BLOG you will know that our Wyvern Star soloist is Sarah Covey, who is just completing a three year run as understudy to ‘Killer Queen’ in the West End. Sarah will be performing songs from ‘We Will Rock You’ in the concert and we will all be joining her in the second half to sing ‘All that Jazz’, which is very exciting.

Several former Concert Choir and Ensemble singers are returning to be with us in the concert. Polly Leech, twice winner of the SMF Supreme Championship, who is commencing a post-graduate scholarship at the Royal College of Music, will be reprising her role as ‘Diana Dors’ from Swindon: The Opera as part of the show.

Soloists returning from Music Colleges to perform include Caroline Lock (Year 2 Royal Northern College of Music), David Phillips (Year 1 Birmingham Conservatoire) and Jordan Ginger, who has just graduated from the Arts Educational School in London. Jordan will be leading the Trust in ‘Seventy-Six Trombones’, having starred in as ‘Music Man’ himself in his final year production.

Vocal Ensembles appearing in the concert include the talented ‘Pearson’ family in a beautiful trio brought back by Janice Thompson from Italy, and local Gilbert and Sullivan stars Natalie Chequer, Stephanie Walsh and Shaun Holley will be performing the beautiful ‘Farewell Trio’ by Mozart.

We are much looking forward to reviving items by Betty Roe MBE for which we have received national recognition, ‘Brunel: the Little Man in the Tall Hat’ (2006) and ‘Swindon the Opera’ (2012) We are hoping that Betty might be with us at the concert. Ed LeCoyte will be returning from London to reprise his role as the great engineer IK Brunel.

Junior Classes, led by Amy Cole will be performing ‘The Mouse in the Windmill’ and JTPTrust Festival Champion Tamara Lee (Age 11), will be performing her winning song, ‘Quiet’. There is original drama by the Junior classes who perform Part 1 of ‘Off to London to see a Show’, by Jessie Thompson and Matt Fox (STO librettist)

Singing teacher Yvette Cummings, and David Casey (NYCGB) will be leading the Community Choir, and professional musician Adam Treadaway will be conducting a range of Chamber Choirs and Ensemble during the evening

We are delighted to welcome Lydiard Park Academy Community Singers, Swindon Young Musicians Youth Choir and Haydonleigh Junior Choir to sing with us on this special occasion.

The programme will be conducted by Janice Thompson with accompanist Shelley Morgan leading the band, costumes by Sue Herbert and choreography by Charlotte Johnson. We hope you can join us.